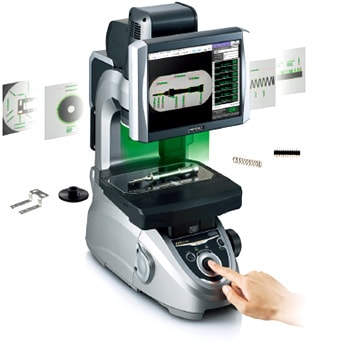 Metal stamping is a cornerstone process of manufacturing today, one that is used to fabricate an endless variety of components. From the chassis in a desktop computer to the bracket that holds the refrigerator door in place, stamped parts are everywhere. Most are produced using a progressive die: a complex tool that is mounted in a stamping press, and which converts a large coil of sheet metal into precision components through a continuous, high speed series of punching, forming, swaging, blanking, and piercing operations. Raw material goes in one end, finished parts come out the other, often at the rate of several hundred to thousands of pieces per hour.

One of the key components in these complex tools is punch and die sets. These are often used to create round or shaped holes, but can also be employed to form dimples, tabs, recessed areas, and other part geometries. Without these important tools, vehicles wouldn't run, appliances wouldn't operate, and buildings would topple. 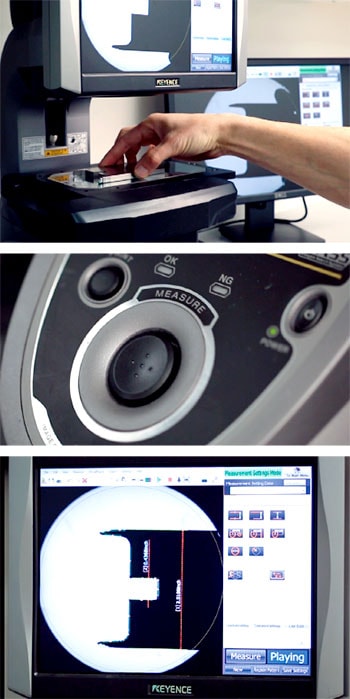 Tipco Punch Inc. has been making punches and dies for decades. Originally known as Tickins Industrial Products, the company was founded in 1959 and has since grown to eight manufacturing and sales locations worldwide, including Italy, England, and the US. Its headquarters in Brampton, Ontario, performs turning, milling, grinding, and EDM, and manufacturers thousands of catalog and special order items, primarily for the automotive and appliance industries.

Plant manager Aref Tofigh says the company has felt the pain of the recent recession, and was looking for ways to improve efficiency on the shop floor. While visiting the 2014 International Manufacturing Technology Show (IMTS), he discovered the IM-series Image Dimension Measuring System from KEYENCE. “After the automotive market crashed, a lot of the tool and die shops we were servicing in this area closed their doors. It was a big problem for us. We took one look at the Instant Measurement system and immediately saw it as a way to cut manufacturing costs.”

Tofigh and his team arranged for a demonstration at their facility of the KEYENCE IM-6120, which the owner of the company attended. “Mr. Tickins saw how quickly the system can measure parts,” says Tofigh. “Like many shops, we've always relied on micrometers, vernier calipers, and optical comparators, which are largely dependent on the operator's sense of touch and sight to achieve an accurate measurement. It's pretty archaic when you think about it. The owner was very impressed with the KEYENCE, and purchased one right away.”

Tipco quickly put the new image measurement system into service, using it to measure lengths, widths, diameters, and other features on precision ground parts, many with tolerances down to 0.0002 inch. Tofigh says the KEYENCE was very easy to learn. “There was an initial training of a few hours, and since then, the product engineer has helped us tremendously whenever we've had to call. The support from KEYENCE has been fantastic and ongoing.”

The Instant Measurement is primarily used in the quality lab for final inspection, but as Tofigh points out, the people on the shop floor use it as well, measuring first articles and validating in-process machine adjustments. As a result, roughly 60 percent of the work at Tipco is inspected on the KEYENCE system, including some “tricky” part features customers are asking Tipco's quality department to document for them.

“We're able to take care of the inspection and print out a certificate with test results right away,” says Tofigh. “It's a real time saver for the department.”

Saving time is great, but bringing in additional sales is even better. Tofigh says his customers are equally impressed with Tipco's new measurement capabilities. “Because the KEYENCE inspects parts more quickly than traditional methods, we have time to do a more thorough check of our products. This makes our customers more comfortable with our quality levels, and they're giving us more work because of it. It was a great investment for us.”